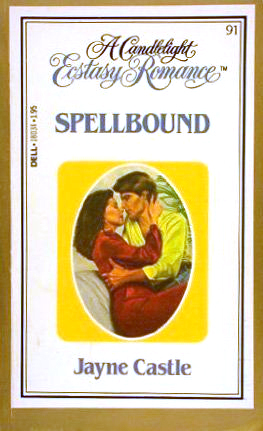 “Who would have thought there was so much soft excitement under that sophisticated veneer?” he whispered. “What other secrets are you hiding, sweet witch?”

Secrets…the word clicked in Lacey Holbrook’s mind and reason flooded back. Yes, she had secrets. Why else had she conjured Jed Merlin back from the past. Why else had she insisted on turning the bohemian maverick into a urbane gentleman? He was essential to her plans. Yes, she had secrets. Dangerous secrets. And she must not forget their urgency just because he had walked back into her life, bewitched her with kisses, and touched her with a magic she was almost powerless to resist