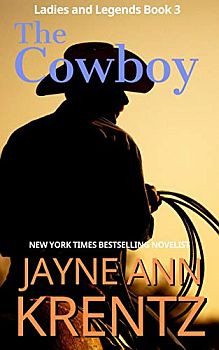 Margaret Lark isn’t one to let a bad breakup cast a cloud over her best friend’s wedding, but the happy occasion brought some intense feelings charging back. She thought Rafe Cassidy loved her, but he really wanted the upper hand on a business deal and Margaret was in the position to give him the inside information he needed. When she realized Rafe’s intent, she resigned from her job and vanished.

Rafe saw his acquisition plans go up in smoke when Margaret disappeared. But now that he’s found her again, he has plans to get exactly what he missed out on before—Margaret herself. And he knows exactly how he’ll win her back….

Other Books in Ladies and Legends Series