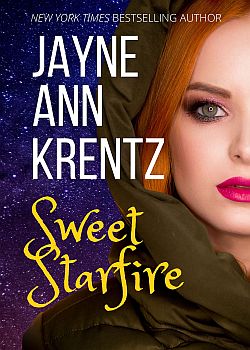 Telepathic skills define the Harmonic people and without the gift of telepathy, Cidra will remain an outsider forever. She must discover the secret that will allow her mind to commune with others.

Teague Severance is the ultimate delivery man…he will deliver anything if the price is right. Mysterious, tough and dangerously sexy, Teague is trouble in more ways than one but he has an honorable reputation for fulfilling a contract.

Cidra approaches Teague with a business proposition…transport her safely to the rough outback of the Stanza Nine system. With a ship designed for cargo, not passengers, Teague reluctantly agrees to the job. Certain it won’t be a problem because Cidra isn’t his type, he soon discovers that he is wrong. The passion that flares between them puts both of their lives in jeopardy.

Other Books in Lost Colony Series