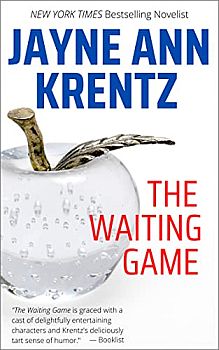 Sara Frazer is certain that it isn’t considered breaking and entering if the front door is unlocked. Her choice to search Adrian Saville’s study for clues to explain her Uncle Lowell’s disappearance, well that’s just pushing it. And if she hadn’t been mesmerized by the crystal apple on his desk she quite possibly might not have been caught.

Adrian comes home to a beautiful woman rifling through his desk, so he does what any man in his position would have done—he makes her dinner. As he learns more about Sara’s determination to find her uncle he offers to help, but not before he lets it slip that her uncle promised her to him as a “prize” for getting his life in order.

Uncle Lowell has always had an odd sense of humor and he’s never liked any of Sara’s boyfriends, but this “promise” he made to Adrian has to be a joke. Sara reluctantly accepts Adrian’s help and soon makes a discovery that puts both of their lives in danger.