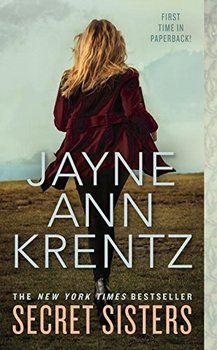 No one does romantic suspense better than Jayne Ann Krentz. Now, the New York Times bestselling author of Trust No One and River Road delivers a novel that twists and turns into a read that will leave you breathless.

Madeline and Daphne were once as close as sisters—until a secret tore them apart. Now, it might take them to their graves.

Nearly two decades after her childhood—and her friendship with Daphne—were destroyed in one traumatic night, a dying man’s last words convey a warning to Madeline: the secrets she believed buried forever have been discovered.

Unable to trust anyone else, Madeline reaches out to Daphne and to the only man she can count on to help: Jack Rayner, a security expert with a profoundly intimate understanding of warped and dangerous minds. Along with his high-tech genius of a brother, the four of them will form an uneasy alliance
against a killer who will stop at nothing to hide the truth….