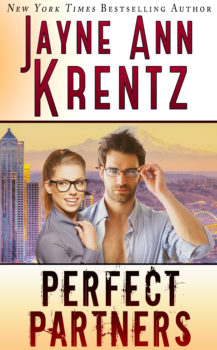 Joel Blackstone spent ten years as a CEO building Thornquist Gear from a tiny local shop into a major player in the camping and sporting goods marketplace. Joel’s reward for his hard work was old man Thornquist’s promise to sell the shop to him within a year. Unfortunately for Joel, Thornquist dropped dead and bequeathed his empire to a grand-niece in the midwest. A minor adjustment to Joel’s plan—he would just offer to buy the company from the heir.

Leticia Thornquist was deeply saddened by her great-uncle’s death. She saw his bequest of Thornquist Gear as an opportunity to change her life. On the flight to his funeral, she decided to give up her job as a university librarian, move to Seattle, and take over the company. Only one thing stands in her way—Joel Blackstone.

Will Joel and Letty face off in a battle for control of Thornquist Gear or will they find they are perfect partners?