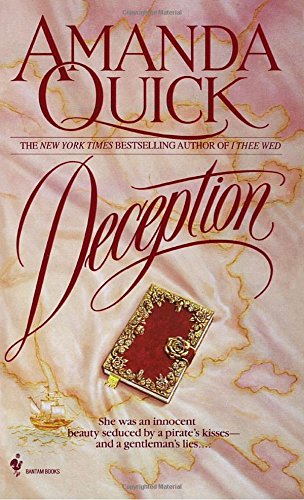 Olympia Wingfield, an old maid at twenty-give, was saddled with raising her motherless nephews, although the lovely bluestocking preferred spending every spare minute pursuing her true passion—the study of ancient legends and unearthing clues to long-lost treasure. And then Mr. Jared Chillhurst arrives to tutor her three incorrigible charges. Tall and dark, with chiselled features and long, windswept black hair, he could have walked straight out of a legend of buried treasure and uncharted seas. Too late, Olympia discovers that the enigmatic Mr. Chillhurst is no lowly tutor but the future Earl of Flamecrest, descendant of a notorious buccaneer, and soon Olympia is swept up in a scandalous affair with a dangerous, desirable man who is haunted by old enemies and even older mystery.