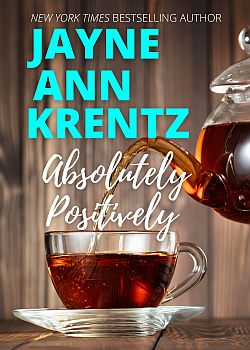 Molly Abberwick, trustee of her father’s foundation and owner of Seattle’s Abberwick Tea & Spice Company, has every intention of firing her new consultant. True, he’s brilliant, sexy, and fascinating, but he’s also arrogant, over-bearing and impossible. Dr. Harry Stratton Trevelyan has his own plans. To Molly’s shock, he proposes a no-strings attached affair. Molly can’t believe that he thinks there is any such thing as a simple, no-commitment relationship. But there is this strange attraction between them… Turns out Harry Trevelyan has a secret side. It involves paranormal premonitions and his family of composed of carnival illusionists, daredevils and psychics. Before Harry and Molly can find a way to overcome their personal issues, violence and a mysterious stalker crash into their lives. Now these two mis-matched people will have to find a way to work together to survive.

Listen to an audio clip: